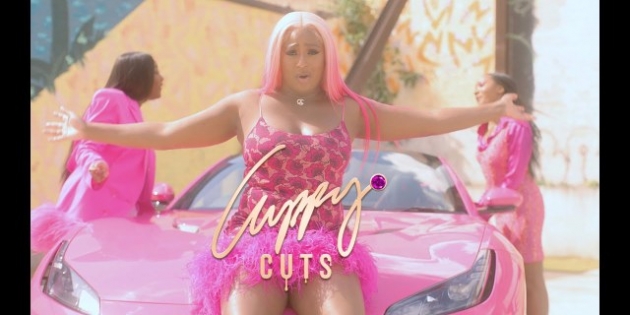 Cuppy reveals her jewellery line in a new music video with cameos from her sisters Tolani and Temi Otedola!

Cuppy just dropped a teaser, introducing “Cuppy Cuts” her jewellery brand she says will launch before the end of the year – jewellery never looked so delicious.

DJ, philanthropist, stylista, pink-haired muso Cuppy is joined by her sisters Tolani and Temi Otedola who also wear Cuppy Cuts jewellery in the short clip. We see gelato and cupcake bling which is an enticing reflection of Cuppy. We hope this jewellery will bring a little sweetness to our lives!