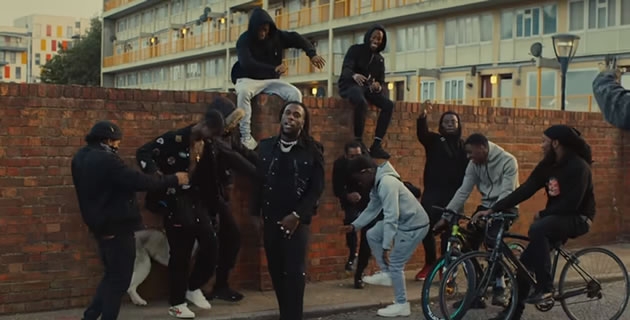 The video captures the life of an average black teenager in the United Kingdom, from the choices he makes to the results of his actions. It is centred around a set of twins, one training to be a footballer and the other, a seemingly unambitious street boy. The video, shot in London by JM Films, is a heart-wrenching depiction of the song’s lyrics, with Stormzy’s verse, ”Yes, we are blessed but it’s harder to see sometimes….” and George the Poet’s spoken-word message from his ‘Real Life’ poem, balancing out Burna Boy’s message and all coming together to deliver a thought-provoking and deeply intense short film.

Since the release of the Twice as Tall album, Burna Boy has featured in the United Nation’s Global Solutions Documentary, partnered with Spotify to take over the “Black History Is Now” (BHIN) hub where he curates playlists shining a spotlight on evergreen African music, Black music and new African music. Spotify and Burna Boy have also created Superhero collector cards, custom-made by the creative team responsible for making the comic book Secret Flame for the Twice as Tall album. Each card has different details e.g Ability, Super Power, Level, Song of Choice etc. The cards will be gifted to select fans from Spotify.

He has co-designed and released a collaboration with BoohooMan for his fans to have easily accessible and affordable clothing pieces for every occasion inspired by his personal style, with a special set representing the colours of the Nigerian flag.
Some of the pieces from this line can be seen in the ‘Real Life’ video which is out today, October 2, 2020 and is available on all digital platforms.