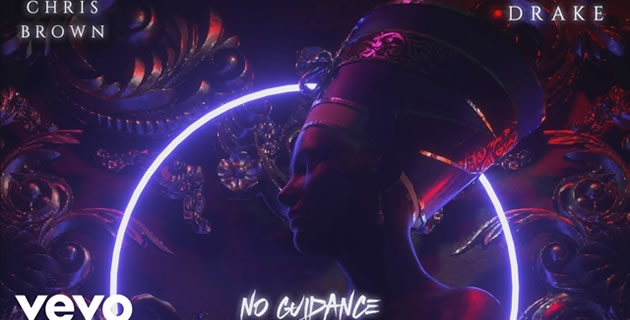 Chris Brown Finally Teams Up With Drake Again On New Song “No Guidance” – They had collaborated on a track before 2014. Listen below:

“No Guidance” will appear on Brown’s new upcoming album Indigo. It is produced by Boi-1da. Indigo follows Brown’s 2017 45-track album Heartbreak on a Full Moon, and the new album has 35+ songs. The new LP will showcase a whopping 37 new songs in total (including the three bonus tracks), and includes previously-released songs “Wobble Up” featuring Nicki Minaj and G-Eazy, “Back to Love,” and “Undecided.” Indigo also includes collaborations with artists like H.E.R., Lil Jon, Juvenile and Juicy J, Tyga, Lil Wayne and Joyner Lucas, Gunna, Justin Bieber, Trey Songz, Tank, and Tory Lanez.